The operation lasted about 20 minutes, and the result has been fantastic. The following morning, when I woke up, my vision was incredible: I was able to see three times better than before with both eyes! 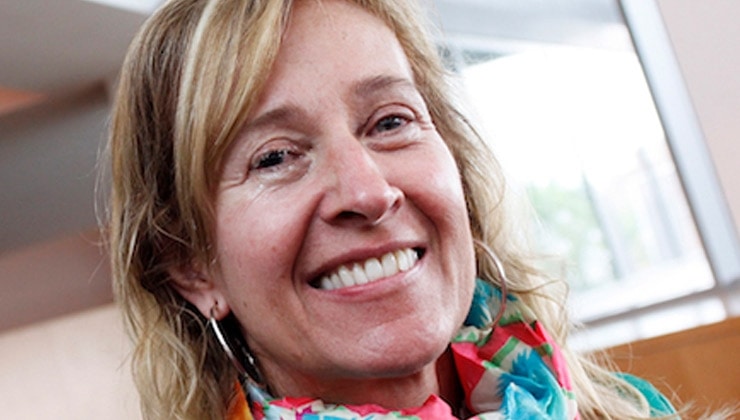 Núria Gironella is a 52-year-old dentist, who, three months ago, noticed that the vision in her left eye was becoming cloudy. The clouding rapidly worsened and started making it difficult for her to drive. She made a visit to her ophthalmologist, with whom she has annual check-ups for the hyperopia she has had for about fifteen years. The specialist diagnosed a juvenile cataract in her left eye and one that was beginning to develop in her right eye and told her that she would need surgery, but not necessarily immediately. The cataract, however, was developing rapidly, and Núria started to feel insecure.

When you can’t see very well, you feel quite unsteady; I was even afraid of falling over.

Following recommendations by friends and medical colleagues, she decided to visit Dr José Luis Güell at IMO. The following week she had cataract surgery on her left eye.

The operation lasted about 20 minutes, and the result has been fantastic. As soon as I left the operating room, I really noticed a big improvement, even though my pupil was dilated. The following morning, when I woke up, my vision was incredible: I was able to see three times better than before with both eyes!

Núria was the fifth IMO patient to undergo cataract surgery with the femtosecond laser, with which Dr Isabel Nieto, Dr Óscar Gris, Dr Daniel Elies and Dr José Luis Güell have already performed around twenty operations since the technique was first introduced in early May. Knowing that she was going to be operated on with a pioneering new technique was not a problem for her, quite the opposite: “I saw it as something positive,” said the dentist. 24 hours after the operation, Núria returned to IMO for a postoperative examination, which confirmed that it had been a success. After she left, she went for a walk along the Passeig de Gràcia to enjoy her new sight. Two days later, Dr Güell performed a second operation on the cataract in her right eye, using the same technique and achieving the same good result. “I’m very happy, because I can see more clearly now than I can remember seeing before, even with contact lenses; now, I only need glasses for reading, because of the presbyopia I have.”