Jose Maria Amich has inherited colour blindness. His mother was a carrier and transmitted the condition to Jose Maria and another child. 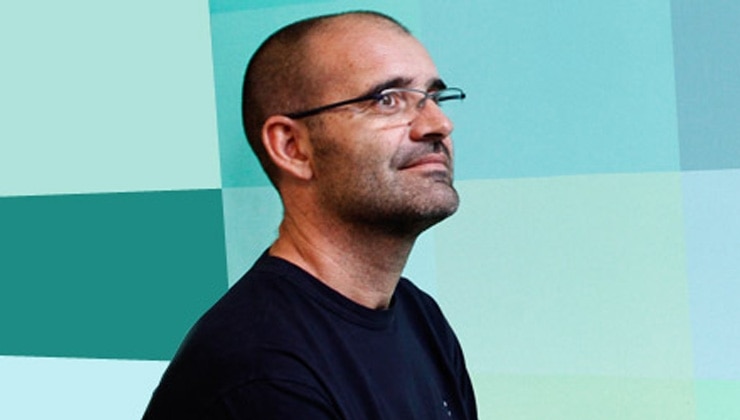 In Jose Maria’s case, it was inherited, but it will not be transmitted to future generations, as he has two sons who are not colour blind. If he had a daughter, she would be a carrier, and perhaps a possible future grandchild of Jose Maria’s might have followed the “family tradition”. Jose Maria Amich explains at first hand what the life of a colour-blind person is like and what problems can be encountered in everyday life. In his case, green and red appear as grey or brown, and he cannot distinguish between blue and lilac:

According to all of the colour tests, I have “severe colour blindness”, but it’s not something I really worry about. Because of my age and because I’m used to it, I just deal with it normally, without any complexes. I’ve only had a few problems in my life as a result of not being able to distinguish certain colours. One of them was related to my work as a textile manufacturer. I’ve always been quite good at avoiding embarrassing situations with the colour of garments, but, on one occasion, a client caught me out, and it was quite embarrassing. There was this other time that was embarrassing, when I was a teenager, when I went to school in some new beige trousers. Well, I thought they were beige when I bought them, but they were actually parrot green. I was the laughing stock of the school. When I got home, I threw them away. When I was smaller, I used to get into trouble with the teachers for painting trees blue. To me, the pencils just looked the same colour. My parents gave me all the tests and told the school about the problem. From then on, I wasn’t told off any more. Some other things have happened that are quite funny: like coming home with some “blue” pyjamas for my children, which turned out to be lilac, or getting on to the wrong-coloured metro lines. Going away with the family can also be frustrating for me, like when my wife or children say how beautiful the countryside is in the springtime, but I can’t tell the difference between the colours, also when we visit art galleries and I can’t appreciate certain details in the paintings. But, as I’ve always seen things differently, I don’t really worry about it too much. Another problem area is driving, because I can’t distinguish between red and green on traffic lights. But it’s not really a problem, because I know that when the top light is on, I have to stop and when the bottom one comes on, I can go. It’s a bit more difficult at night, because I have trouble telling the difference between traffic lights on green and streetlights. I just have to drive more carefully. Another thing that’s a real pain for me are the lights to turn electronic appliances on and off. I have a lot of trouble making them out on battery chargers, computers, televisions, DVD players, etc. I think that it would make life much easier for colour-blind people, if they changed the colour codes for something less problematic, like yellow, or if they used symbols without colours. It’s just that red and green are precisely the colours that colour-blind people cannot distinguish!