Different retinal problems and a glaucoma had jeopardised César’s eyesight on several occasions and he is sure to have put his eyes “into the best hands” to overcome the adversities of this process and to be able to live independently. 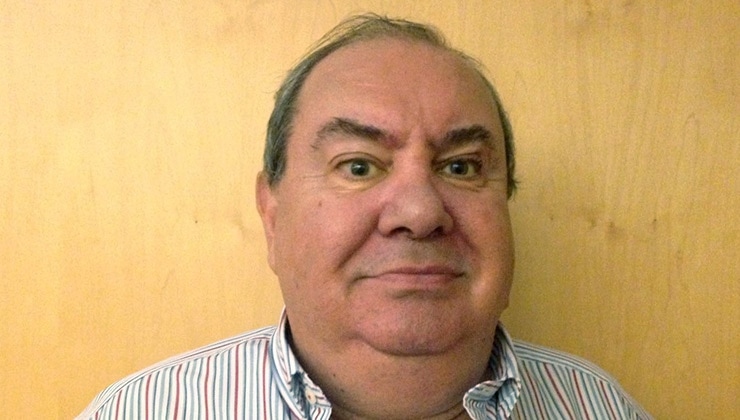 “I’m a doctor but, as the saying goes, the shoemaker’s son always goes barefoot”, César Francisco González confesses. It was due to a stain that appeared on his right eye while he was on holiday that made him see his colleagues in the Ophthalmology Department at Zaragoza Military Hospital, who discovered that his retina was in a very bad state. “I was diagnosed with an advanced stage, severe diabetic retinopathy, although I was then unaware that my sugar levels were sky high (which had caused the damage) and that I was diabetic”.

From then on, he started to control his disease and followed the recommended treatment (with intraocular injections, laser, etc.). After two years or so, he decided to get a second opinion from a specialist and his ophthalmologists in Zaragoza agreed with him, recommending who they considered to be “the best retinologist in Spain”: Dr Borja Corcóstegui. As César explains, “I went to Barcelona to see him but on the way, while I was driving, I felt something strange in my left eye, like a drop of ink diluted in a glass of water, until I couldn’t see anything. On my first visit to IMO, Dr Corcóstegui confirmed that I had suffered a vitreous haemorrhage and that the only option was surgery, which he was to perform and that should take place as soon as possible. I was operated on the next day”.

Everything went as planned and César continued with his regular controls until one day, at home, he started to feel a very intense, unbearable pain in his right eye. He saw his ophthalmology colleagues in Zaragoza and they detected an intraocular pressure of 70 mmHg (over three times normal values) and, in light of this attack of acute glaucoma, they recommended he go to Barcelona. It was here that he saw Dr Elena Arrondo, a specialist in this disease who, after lowering his intraocular pressure with drops, told him that he required surgery.

César first had surgery with Dr Corcóstegui, who performed pan-retinal photocoagulation to eliminate the neovessels and prepare his very delicate retinal for surgery. In less than one week, he received a valve implant for his glaucoma, which helped him stabilise the onset of the disease. With his glaucoma under control, his retina started to give him problems again over the next few months: “Dr Corcóstegui diagnosed a macular epiretinal membrane, for which I decided that surgery would be the best option to gain eyesight quality. A short while afterwards, I had another vitreous haemorrhage, this time in my right eye, which required another vitrectomy“. 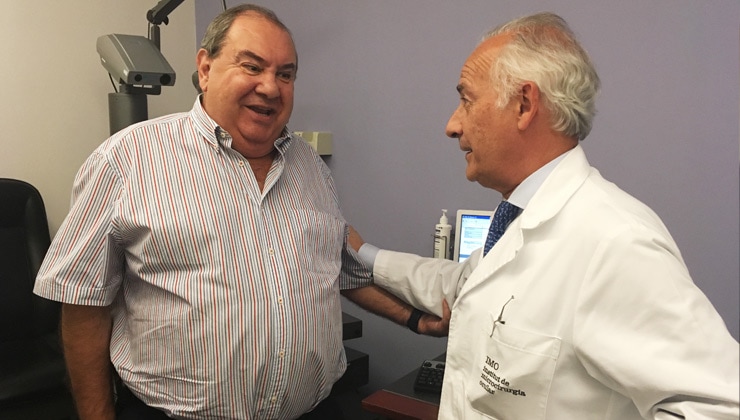 According to César, “there were a lot of complications in a little over six months, a process that was difficult to endure at a time when I was 58 years old and was at the peak of my career, while eagerly awaiting the prospects of an active retirement devoted to my hobbies (travel, entomology, etc.). Suddenly everything went wrong and I’m sure that, if it weren’t for Dr Corcóstegui and Dr Arrondo, “my gods”, , I’d now be walking with a stick. Thanks to them, I am able to live independently (I go shopping, I catch the bus, etc.), despite a very unhurried life, and I am extremely grateful. I have always valued my eyesight, my eyes are my eyes, and I have never hesitated in doing what was necessary and putting them into the best hands. Along these lines, IMO has not only treated me very well, but above all has given me confidence”.