Cofounder and medical and scientific director at the IMO and ESASO

A pioneer in the introduction and development of vitrectomy in Europe 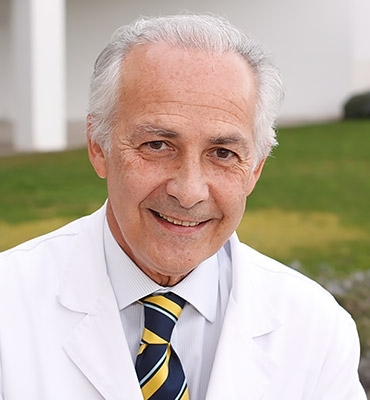 Suddenly everything went wrong and I'm sure that, if it weren't for IMO, I'd now be walking with a stick.

Co-founder and medical director of IMO (Instituto de Microcirugía Ocular), Honorary President of IMO Foundation, professor of IMO professorship at the UAB and professor of his Master’s Programme in Retina and Vitreous.

Director of the Scientific Board at the European School for Advanced Studies in Ophthalmology (ESASO), Lugano, Switzerland.

He is involved in the development of instruments and techniques for vitreoretinal surgery and multicentre randomised studies for clinical and surgical trials of techniques in development and evolution. He works on projects of the future, such as the retina chip, research into retinitis pigmentosa and the development of new drugs for the treatment of eye diseases.

He took a post-doctorate course at Wills Eye Hospital in Philadelphia and the New York Hospital, USA. He is a former member of the Retina Group at the Autonomous University of Barcelona’s Faculty of Medicine at Vall d’Hebron Hospital and director of its Vitreoretinal Department.

He is a permanent member of the Royal Academy of Medicine of Catalonia.